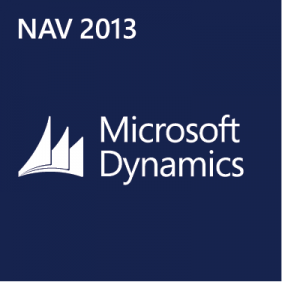 2013 Release 2 (R2). A number of enhanced features are included in this release, including:

We’re working on a few screen prints and videos to demonstrate the new features. We’ll post those and let you know when they are available.

Sometimes in trying to collect cost information, businesses wind up building such a complex system that no information comes out of the system at all. Let’s use Job Costing as an example.

This is a really basic introduction to thinking about the cost of jobs in accounting terms. From a business owner’s perspective, the objective is to “figure out whether we’re making money” on jobs. Or to “figure out which jobs are most profitable.” It’s pretty intuitive that the cost of a job is composed of the labor cost (people) and material cost (stuff). What’s not so intuitive is the answer to the questions, “Which people?” and “What stuff?” 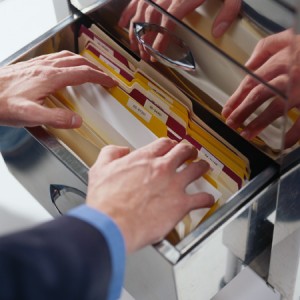 An illustration will make the most sense, perhaps:

Suppose that your business builds concrete block storage sheds for industrial customers. You have materials (concrete blocks and mortar) that you use for building the sheds. You also have supplies: trowels, chalk lines, and measuring tapes. When you paint the sheds, you use paint (which comes in 50 gallon drums). It’s pretty easy to see that the labor of the people who build the buildings is cost. The concrete blocks, mortar, and paint are costs. But the problem is that while it’s easy to count concrete blocks because each block is either used to build or left over, it’s not so easy to figure out how much paint or mortar is used. There always seems to be a half of a bag of mortar or three-quarters of a drum of paint. So how do you allocate these costs?

If you read an accounting text, most will tell you that there are two types of cost: direct and indirect. Direct costs (like the blocks) can be traced to a specific job. Indirect costs (like the gas for the truck) can’t easily be attached to a single job. These indirect costs are “allocated” or “charged” to several jobs, usually based on a formula like $20.75 per direct labor hour. This means that if the building took 20 hours of labor to build, the job is allocated another $415 ($20.75 * 20 hours) in indirect costs.

The thing that most businesses don’t realize is that while some costs (like blocks and labor) are always direct costs, other costs can be classified as indirect costs, even if they can be tracked to a particular job.

Let’s suppose that mortar costs $19 per bag. We could measure the amount of mortar before we build the shed, then measure the amount of  mortar after and determine how much we used. Let’s say that we expect that number to be about 1/2 a bag for most jobs. The cost of 1/2 a bag of mortar is $9.50. We might decide not to keep track of mortar because the cost of mortar really isn’t that significant. We could simply track the cost of mortar as an indirect cost and include it as part of the $20.75 per direct labor hour.

So how do we come up with $20.75? Pretty easy. We figure the amount of indirect cost we think we have, then we estimate the number of labor hours we’ll have during a particular period (say a quarter). We then separate (in the accounting system) all of the costs we’re classifying as indirect costs and keep track of how many dollars we’ve “allocated” to jobs during the quarter. At the end of the quarter, the actual indirect costs are compared to the allocated indirect costs. If we allocated more than actual, we reduce the $20.75. If it’s the other way around, we increase it.

Maybe all of this sounds a little complicated, but in practice it’s very simple. In fact, many companies make it more complicated than it has to be. One of the benefits of understanding both business (including accounting) and technology is that we can simplify the accounting to make the process simpler for everyone.

A DGG client has been struggling with Job Cost lately. Not Job Cost software, but the concept of getting a good cost for jobs. The problem they have is the same problem many companies have: accurate data for input into the accounting system. 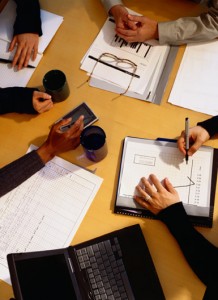 rticular situation, there are three components of the job’s cost:

Each of these cost components has unique challenges that affect the company’s ability to collect the data needed. I won’t go into that.

The interesting thing has been to watch the company struggle to come up with good job cost numbers without having these key pieces of data. Crew chiefs don’t report hours per job accurately. They don’t use the automated time card system the  client put in. They don’t tag expenses and per diem charges to jobs. They won’t inventory materials after every job to determine what they have used.

And that’s not even counting the maintenance cost of machines and vehicles, etc.

The answer to getting a job cost number given this data is very simple: YOU CAN’T! No matter how many spreadsheets you build, you can’t get an accurate job cost accounting without the basic data needed.

So what are the alternatives? Several. We’ll consider those in the next posts.