When you install the update to Windows 8.1, at one point in the process you get the following screen: 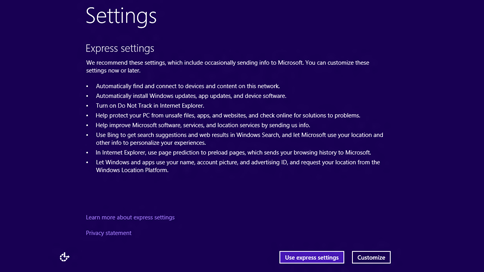 When this feature is turned on, information about webpages you visit is sent to Microsoft, together with standard PC information. This includes the addresses of the webpages you visit as well as information about images and videos included on the page. To help protect your privacy, the information is encrypted when sent to Microsoft. Information associated with the web address, such as search terms or data you entered in forms, might be included. For example, if you visited the Microsoft.com search website at http://search.microsoft.com and entered “Seattle” as the search term, the full address http://search.microsoft.com/results.aspx?q=Seattle&qsc0=0&FORM=QBMH1&mkt=en-US will be sent. Address strings might unintentionally contain personal information, but this information, like the other information sent, isn’t used to identify, contact, or target advertising to you. In addition, Microsoft filters address strings to try to remove personal information.

Statistics about the webpages you visit will also be sent to Microsoft, such as the time that webpages were visited, which webpage referred you, and how you got there (for example, by clicking a link or one of your Favorites). A unique identifier generated by Internet Explorer and your machine’s IP address is also sent. The unique identifier is a randomly generated number that doesn’t contain any personal information and isn’t used to identify you. If you delete your browsing history or if you turn flip ahead with page prediction off and back on again, a new unique identifier will be created. We don’t correlate old unique identifiers with new ones. Other information that will help Microsoft improve the experience of features in Internet Explorer will also be sent including the time it took to load a page in Internet Explorer and standard machine information like your network connection type, device model info and whether you have touch-enabled hardware.

As I read this, it means that all of my browsing information will be sent to Microsoft. In case you pressed the light violet button, I thought you might like to know how to turn it off. Here’s a video:

In the last few days, my computer system decided to lock up several times. I just installed a couple of trial versions of software, and I had purchased Dragon NaturallySpeaking version 12. I’d also installed the upgrade to 12.5.

When the lockup started, I assumed that it was one of two things (A) the software I just installed, or (B) something new Windows Update had installed automatically. I Googled the problem and the names of the software, and discovered that Dragon was being blamed for several lockups similar to the ones I had experienced. I followed the instructions, turning off many features of Dragon that I really like. Lockups continued.

The moral: Troubleshooting is frustrating even for an IT professional. The problem isn’t always obvious, and the solution often involves retracing your steps. It’s something like finding lost keys.

I hope you’re not troubleshooting anything now, and I hope it’s easy to find if you are.

Although this isn’t at all with this blog is about, there are some posts worth sharing just about everywhere.So here goes.

Here’s some information that might be useful if you’re still on an old version of Microsoft Dynamics NAV 2009. 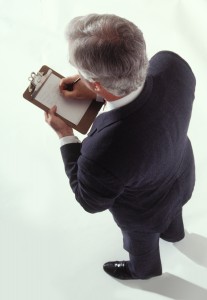 This is the second in a series of articles on job costing. Since Data Guidance Group implements ERP and accounting software, we’ve learned that it’s often as important to understand the business implications of the software as it is to know how to use the software itself.

As we mentioned in the previous post on job costing, all costs need to be divided into two categories: direct and indirect. Direct costs are “charged” directly to the job. This means that such things as employee labor hours must be tracked along with a job number, and perhaps a category. This information is put into the payroll or job cost system so that it appears as a cost of the job.

Indirect costs are charged directly to a general ledger account without specifying a particular job. This is because (usually) an indirect cost is difficult to trace to a specific job. As an example, consider tool depreciation. Since tools are used on many different jobs, tracking the depreciation per job would be difficult. Also, since the amount of depreciation is typically minimal, the cost of tracking this would be prohibitive.

What some companies using job cost don’t realize is that not every cost that could be considered direct cost needs to be direct. For example, suppose that employees use gloves that cost $5 on every job. The gloves are thrown away at the end of the job. It would be possible to keep up with how many pairs of gloves were used on the job, and charge that to the job. However, the time involved in tracking this exceeds the value of the information. It saves significant time and money to simply allocate gloves as an indirect expense.

Some supplies that have significant costs might also be tracked as indirect expenses. Suppose that a particular type of polishing compound is used for every job. Suppose further that each job uses very close to a drum. If a drum costs $5000, it may still be acceptable to treated it as an indirect cost. This works well if every job uses the same amount (and so would be charged approximately $5000).

If you have any questions about this or any other accounting technique for use with automated systems, feel free to contact us.