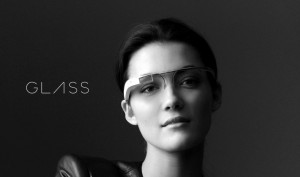 While there were a number of contenders for technology innovation in 2013, nothing really seems to stand out as a true improvement. As the article from Quartz points out, there were no particularly impressive smartphone improvements. IOS 7 was an evolution not a revolution, and while many people decided to hang on to their iPhone 4s phones, many of us did think about whether iOS 8 was going to require an upgrade to the newest and greatest.

While Quartz has difficulty figuring out what the application of Google Glass might be, I think the area of enhanced reality (digital data displayed over the real world, such as for equipment repair or selecting a restaurant along a busy street in France is a promising application). Privacy issues are significant with this device. And I’ve said before that every teenage boy wants to get Google Glass into the girls locker room.

This article doesn’t mention business software such as ERP, CRM, or other business operations software. My own observation is that it’s true that very little happen in the business software world. There were new releases, and slightly revised user interfaces. But on the whole 2013 looked pretty much like 2012. Having said that, it’s also true that while changes were incremental, many businesses also found incremental productivity gains. All in all, those businesses that keep their software and hardware updated on a continuous basis find themselves in a much better position to compete.

Of course this isn’t the first time and won’t be the last time that I make an observation like this.