I received a kind courtesy call from Cristalin at Microsoft Technologies (so she said). I was brushing my teeth at the time, so I was somewhat disadvantaged.

Malware on My Computer

“Yes,” I said around my toothbrush. 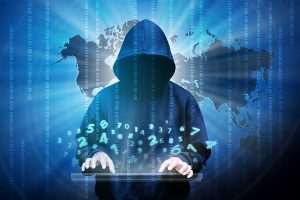 “I’m calling from Mick-roo-sooft Took-nologees,” she said in her best Indian-cum-American accent. I have seen documentaries on India-based call centers where they train employees to have American or European accents; this caller needed more training, but she was trying.

“We detected some failed updates on your security protective software, did you know that was failing?” she asked.

“No, I didn’t,” said I, “but I have something I need to do. Could I have your number and name so I could call you back?”

“Sure,” she said, and provided a 513 area code number. I promptly looked it up and found that it was in New York State somewhere. I called it back.

“This number is disconnected or is no longer in service,” said a nasal recorded voice. Surprise!

The reality is that I’ve gotten several calls with the same nonsense caller id (Anonymous and 6 digit telephone numbers) over the last few weeks. It appears to be an auto dialer, because some of them hang up after 10 seconds of silence.

Protect Yourself from this Scam

This isn’t legit. Microsoft isn’t monitoring your security updates. If you get a virus or malware, you and Malwarebytes (a malware detection and removal program, which you can get by clicking the name) will know. Meanwhile, if you get a call from Cristalin or her co-worker Kevalin, just say no.