CRONUS is the sample data company for Dynamics NAV. Several months ago, when I installed the first version and started looking at the new features, I noticed something interesting: the system-generated financial statements were out of balance! Ok, let me back up a second.

Until 2017 version, there wasn’t a utility in NAV to generate a set of financial statements. Even simple statements required more than pushing a button…not a lot more, but more. So I was excited to see that NAV finally had a feature like a lot of other mid-range software. In 2017, there was a function that created rudimentary financial statements: Balance Sheet, Statement of Income, and a Cash Flow Statement. But…and it’s a big but…the financial statements were out of balance.

By the time I realized this, I had already dinked with the Chart of Accounts, so I thought I’d done something and just left it. After all, financials are financials. Nope. They were out of balance.

Anyway, once you fix the wonkyness in the COA, the financial statement generator is pretty cool. It at least gives you the “vertical” dimension of some standard financials.

Be sure to fix your sample data if you’re going to take a look at this feature. 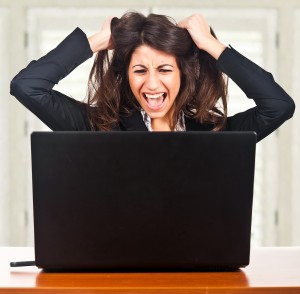 So here’s a question: Did you click the link above? Did you check it to make sure it went to ITworld.com or something similar rather than a domain like Youve.BeenPhished.io?

Here’s a general recommendation: if you get an email from your bank, brother, Google, Microsoft, your mother-in-law, etc., make sure you know where it’s taking you before you click it.

Otherwise, you may have been had.